As of June 2018, Texas ranks 21st highest (out of 51) in UNEMPLOYMENT. Under Abbott and the GOP controlled Texas Legislature, the annual growth in GDP (5 year increase) has not trickled down to the middle class. Growth in GDP can mask the overall wealth of the average Texan because GDP can reflect wealth which flows through Texas companies to out-of-state or international stock holders. EMPLOYMENT FIGURES reflects wealth actually in the accounts of residents which is available for housing, food, clothing, education, recreation. These are the expenditures which fuel the local economy. Under Abbott, higher percentage of Texans are unemployed than in 30 of the nation's other states. Since Texas is one of the states with the greatest population, 4% of Texans is a much greater number of unemployed people than in any of the other states with higher rates of unemployment.
BOTTOM LINE: Under Greg Abbott's watch, more people in Texas are unemployed than in most other places in the United States. The growth in wealth in Texas is channeled into the bank accounts of a relatively few people instead of being spread out throughout the population. Despite a 1.9% increase in job creation, the majority of new jobs are either not full-time or at pay rates high enough to rank as "living wage pay rates".
Posted by faithchatham@gmail.com at 11:12 AM No comments:

Posted by faithchatham@gmail.com at 5:18 PM No comments:

Posted by faithchatham@gmail.com at 5:17 PM No comments:

Posted by faithchatham@gmail.com at 3:44 PM No comments:

The Political Take Over of Texas

THE POLITICAL TAKE OVER OF TEXAS spilled over into an alliance between those who financed the hit ads in the 2002-2006 election cycles which led to redistricting (gerrymandering) in Texas which solidified Republican control of the state wide offices and judiciary and solid Republican pro gun majorities in both the Texas Legislature and Texas' US delegation to Congress Gregg Abbott has strong ties to the gun advocate groups who fronted as the Law Enforcement Alliance to run hit ads against his Democratic Opponent in the 2002 Attorney General's race.
That has morphed into a take-over of the NRA by right wing political operatives with an agenda much more far-reaching than gun safety. Despite solid evidence that the NRA aligned itself with Russian government sponsored gun rights money interest who funneled (money laundered) millions of Russian rubles into the US Presidential and many US Congressional races in 2016, Greg Abbott refuses to distance himself from the corrupted (actually treasonous) NRA!
This year in Texas there is a sane, gun totting actual law enforcement professional challenging Greg Abbott for Governor. Lupe Valdez is much more closely aligned with the original mission of the NRA (when it actually used membership dues to educate people on gun safety and to get gun owners to lock up their weapons to keep them out of the hands of children) than Greg Abbott, whose entanglement with the NRA is most probably tied to his addiction to their generous monetary support of him.
Valdez does not have her hands and never has had her hands in the pockets of the NRA or any gun lobby like Greg Abbotf does (and has since 2002). She is always armed and supports gun ownership but unlike Greg Abbott, sees gun violence as a problem which must be address by strict background checks, keeping guns out of the hands of the mentally ill and those with histories of violence.
Valdez says: "People who do not settle their disputes without violence have no business being armed." Abbott says everyone has the right to buy any arm they want. Valdez (a retired Captain of a US National Guard Tank Battalion) says: "Some guns are designed for military use - to kill as many people as possible as quickly as possible. They have no business in civilian use on our streets."
Texans have a clear choice this year. It is between a sane, solid "unbought and unbossed" former law enforcement administrator and an opportunist who uses sound bites to create the illusion which are contrary to what he actually does or promotes.
We need a governor who will face the tough realities of Texas instead of the "pay to play" Abbott whose appointees are usually his campaign donors or former lobbyists who are agents of his campaign donors. Lupe Valdez is the sane choice for Texans this year for Governor.
Posted by faithchatham@gmail.com at 5:54 PM No comments:

The Arlington Texan, a portal to news and coverage of issues and events of and about Arlington, Texas. DFW Regional Concerned Citizens is a sister-site of Grassroots News You Can Use. Visitors can subscribe to issues-specific and county specific action alerts using a simple form on the site. About Air and Water focuses on DFW Regional air quality and water/gas drilling issues. We welcome your feedback.

Deborah Peoples for Mayor of Ft Worth 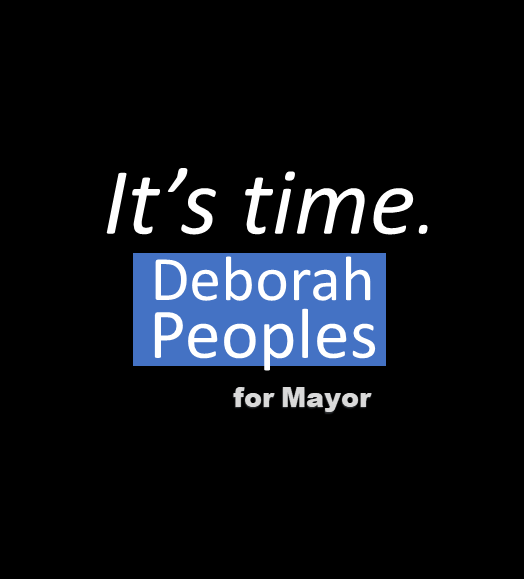 To Advertise on this Site

Purge Congress of Stupid - Donate to Shirley McKellar for Congress 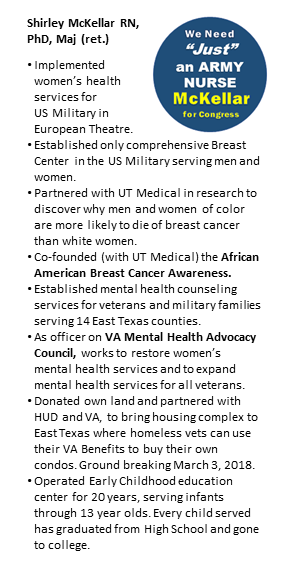 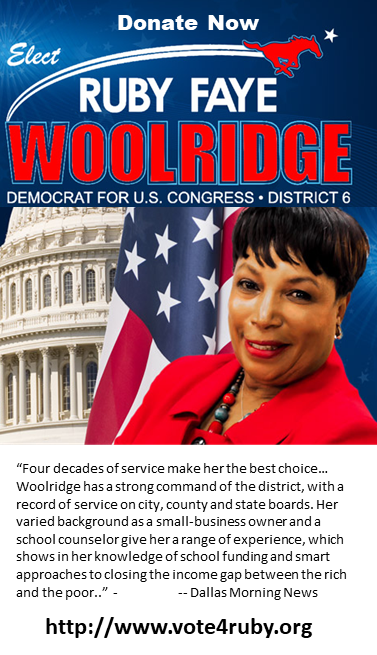 Should the Government be Shut Down to Defund Planned Parenthood

Followers - If you enjoy this blog please follow us

Grassroots News U Can Use

About Air and Water

Since May 13th when stat counter was activated there have been